We know that we had promised you another post before this, but once the Fiesta and Wedding fair ended we did not want to miss the opportunity to tell you how these three intense days were and, above all, what the catwalk was like in which we had the pleasure to participate thanks to Rives Brothers (Vicente and Sergio), the well-known twins from the Spanish tv programme “Master of Sewing”.

As you know, the fair began last Friday October 26, we had spent two days assembling and decorating the stand, so the nerves and the excitement of the catwalk were starting to emerge.

Finally we arrived at our beautiful stand and we were able to meet the first couples of brides, bridesmaids, bridesmaids … who came to see our headdresses.

As you know, the fair began last Friday October 26, we had spent two days assembling and decorating the stand, so the nerves and the excitement of the adventure began were already on the surface.

Finally we arrived at our beautiful stand and we were able to meet the first couples of brides, bridesmaids, bridesmaids … who came to see our headdresses.

The first hours of the fair were a success! The bags and flyers that we distributed were finished instantly. We love knowing that you liked our hats and headwear.

We were lucky to have three hostesses who made the days of the fair much easier, surely if you were there you saw them ! They, with some of our most impressive headdresses walked around the fair distributing some of the bags (which had not yet been exhausted) and drawing the attention of everyone to come to our stand. 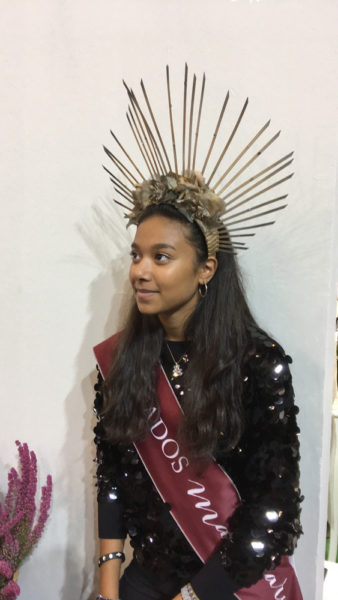 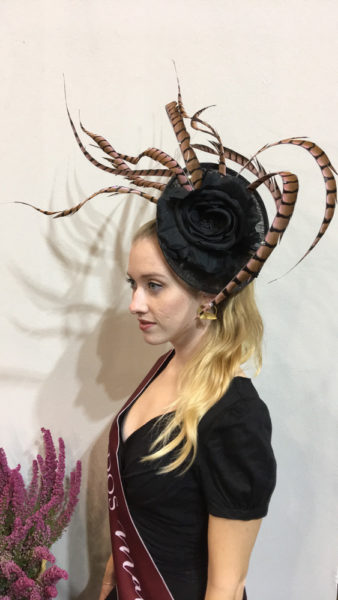 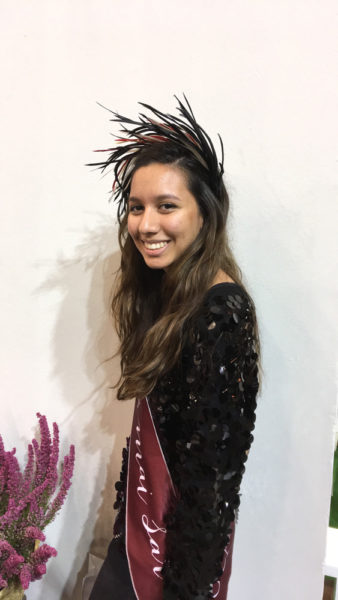 We are very happy with the experience at the fair, and we were able to share these moments with other brands and ateliers that share the same values as us. We met some amazing people and we made ties with some already known designers among them we would like to highlight Petardos Valencia and the girls of Cànem Escola d’Indumentária, which we also have to say that they were beautiful. And finally came the most anticipated moment of the fair, we had been several weeks working on spectacular headdresses for the precious designs of Sergio and Vicente, De Rives Brothers.

As soon as we entered the backstage, we noticed the tension in the environment; the pins, the last minute touches and the nerves. We worked with the models, each one had a design exclusively designed for their dress, and we prepared and retouched them so that the entire outfit was perfect once they were on the catwalk. 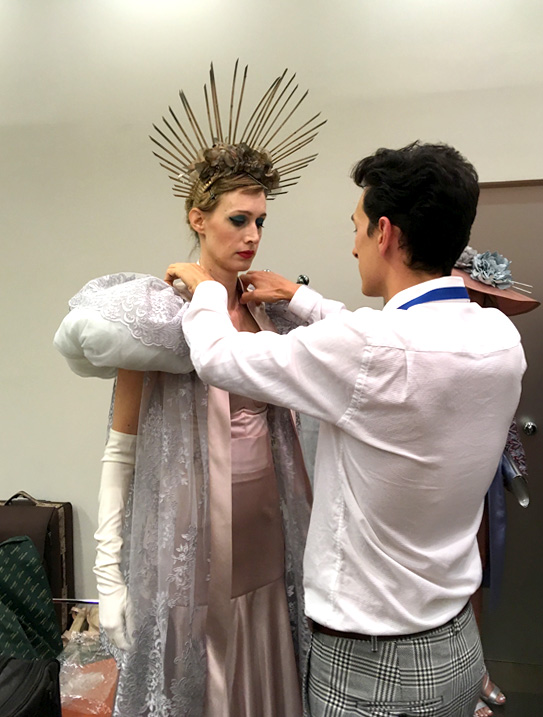 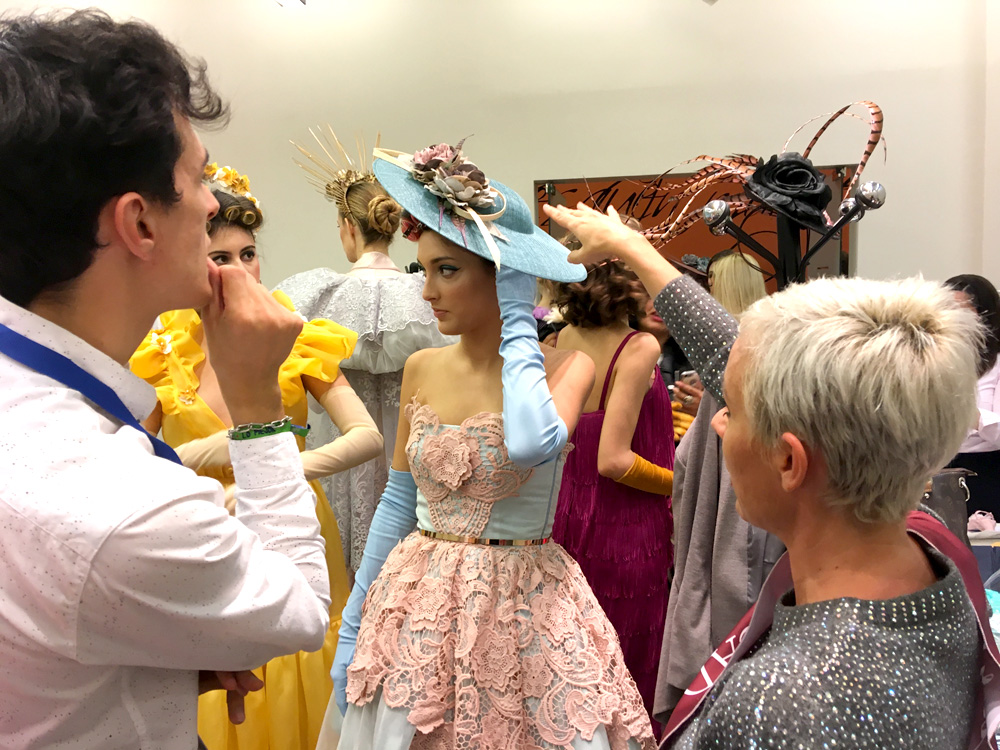 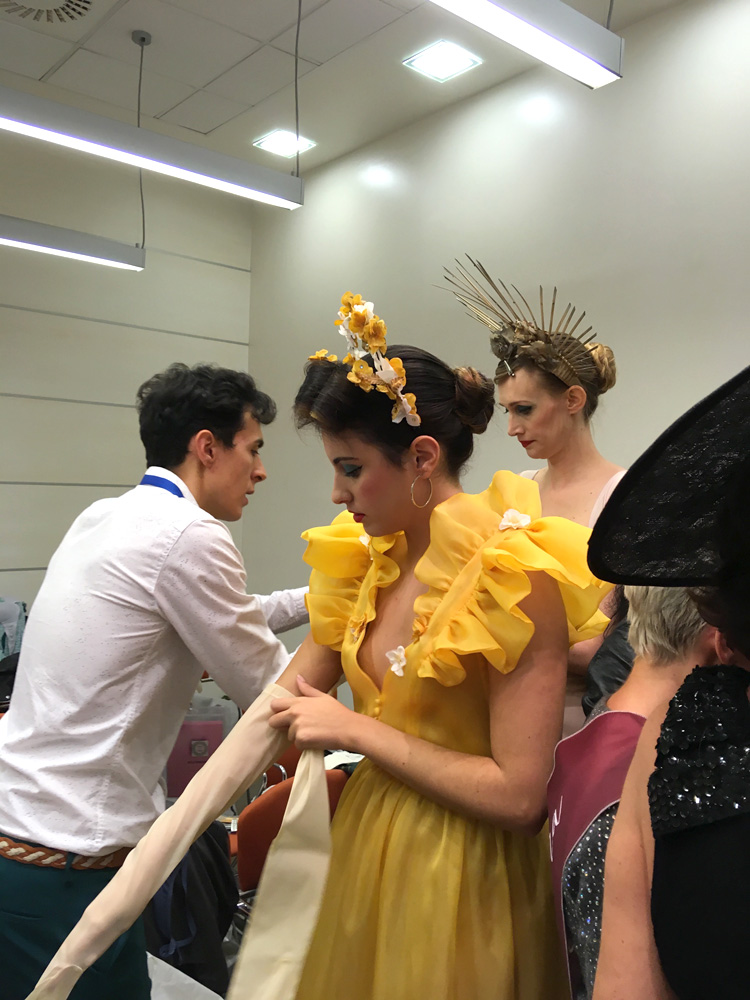 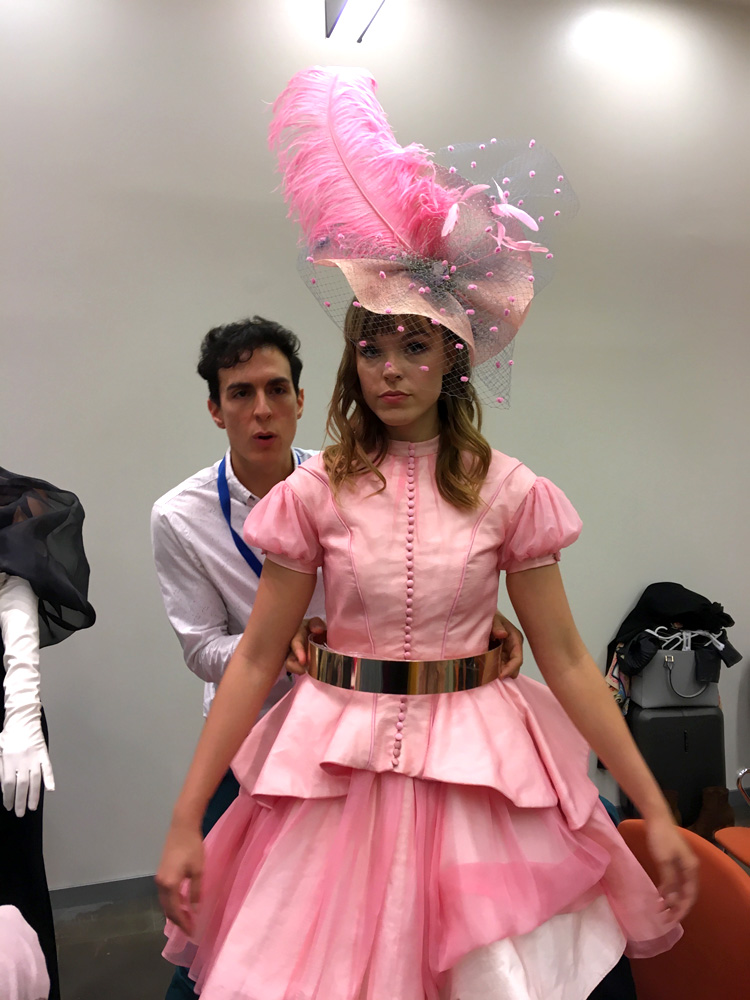 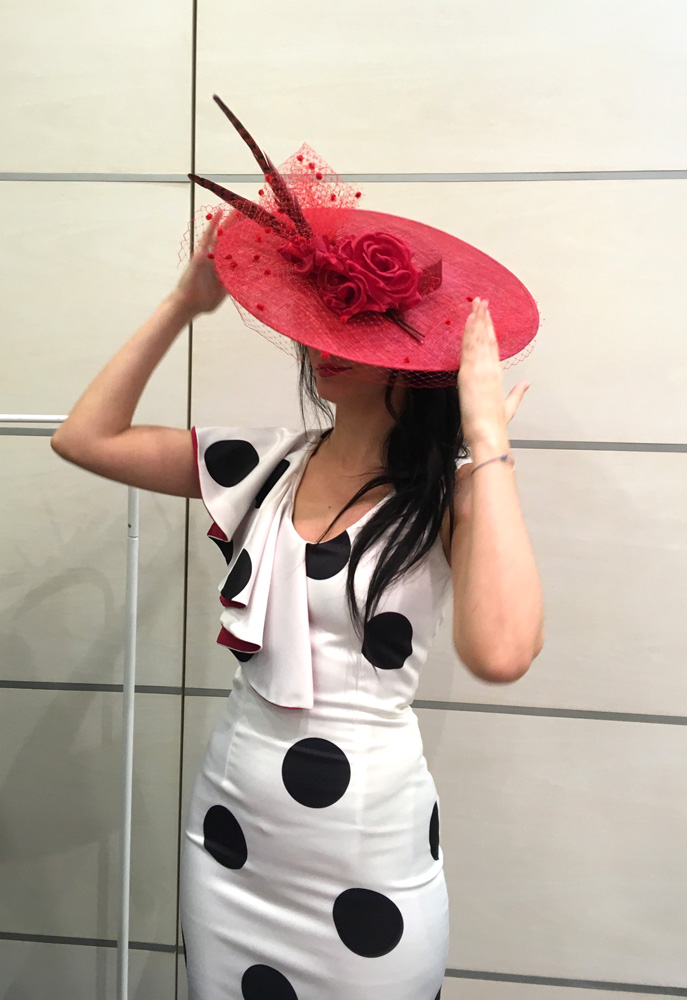 Our friends and colleagues Sergio and Vicente, had prepared a start for the parade that was not going to go unnoticed. The first model that paraded, it was a well-known opera singer from Eastern Europe, who sang throughout the parade leaving all the audience with their mouths open.

After this incredible start, since each impressive dress was even better than the previous one, and of course, our headdresses managed to give the last touch to each style.

After this great experience, and despite the sleepless nights, all the work and the stress that has meant, we are dying to prepare again for more shows and events.
We leave you here some of the photos of the parade, we hope you like them, and if you want some of the designs for your events, send us a message

A big hug and kisses to all of you who came and participated in the event! THANK YOU! 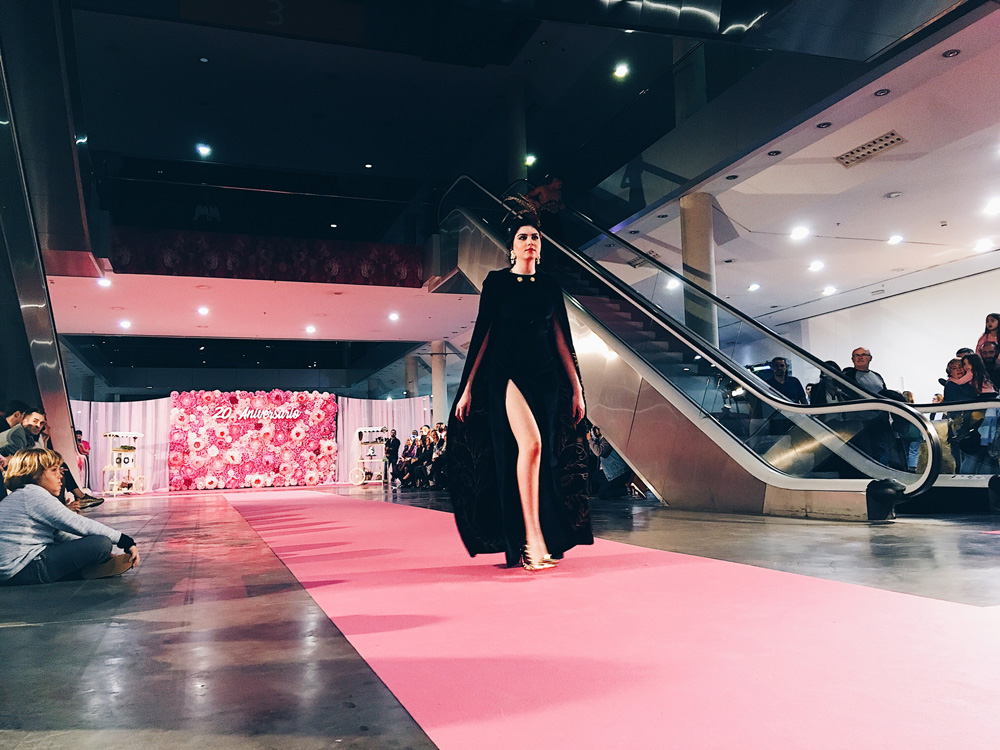 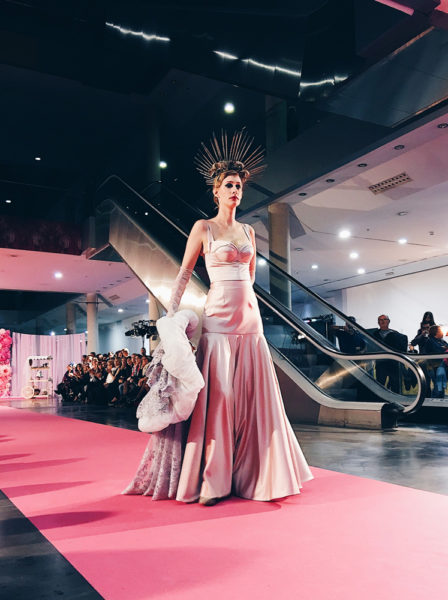 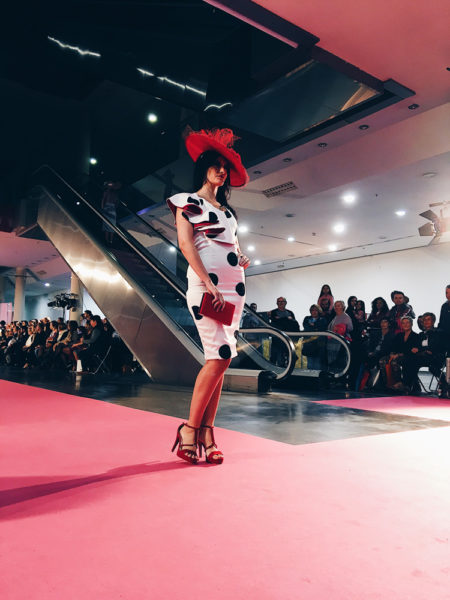 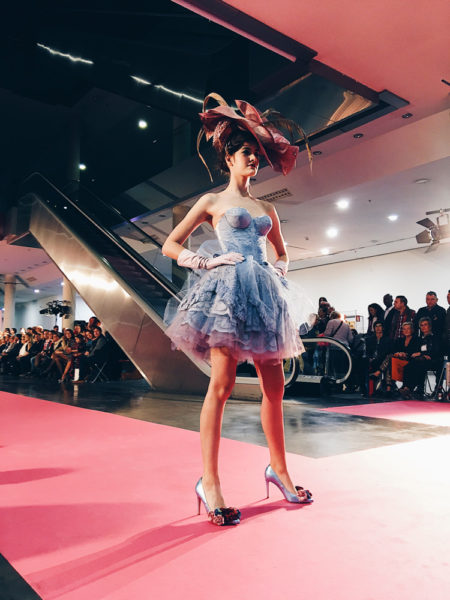 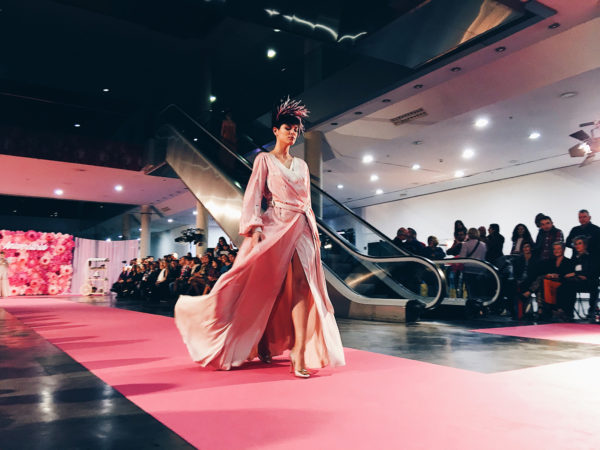 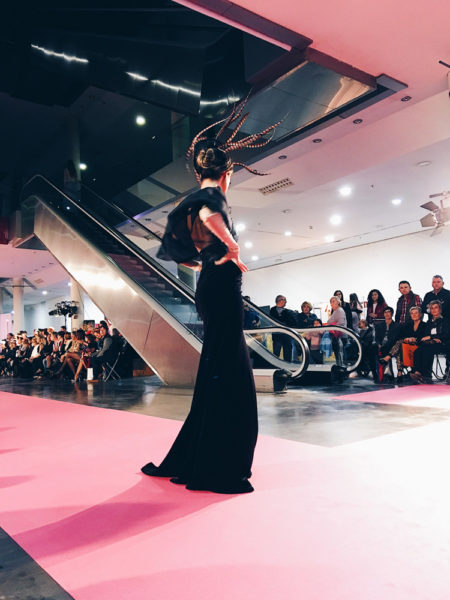 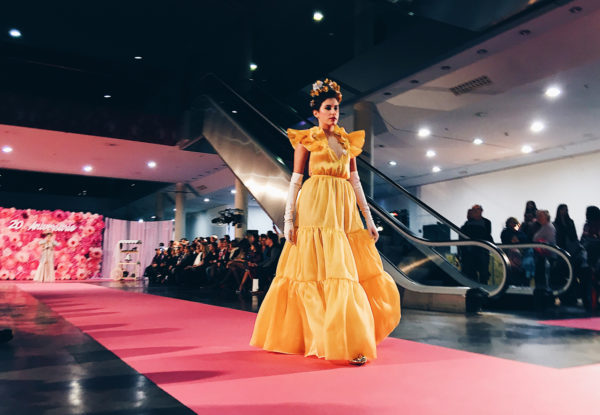